With the vast majority of drivers unaware of the amounts of data being harvested from their cars and how it will all be used, it is left to the EU’s General Data Protection Regulation (GDPR) to take care of the legalities. However, it seems that many people are beginning to take notice of the collection and use of their personal data and an argument has surfaced over who should control it.

Furthermore, the automotive industry has surged forward in terms of the adoption of technology in recent years with new innovative services constantly breaking into the market, and for the most part it remains unclear how concepts like the connected car will affect how cars are bought and sold in the future.

In an effort to clear the waters a little, Asset Finance International spoke to EPAM Systems, the service, design and digital platform engineering specialists, to discuss the future of connected vehicles.

Currently, all new vehicles are connected in some way with the potential to generate around 25GB of data every hour on everything from road condition to driving style and yet, for the most part, the car’s value proposition remains stuck at simple transportation despite attempts to budge it with alternative services.

The changing value proposition of cars

To offer some context, Alistair Brown, global head of payments at EPAM Systems (pictured below), explained how people in the industry had to be careful when adding services to vehicles.

He explained: “I think everyone can agree that the car’s value proposition has to change beyond transportation to include additional services, but you have to be careful when managing this. Experience design is typically the first thing people think about when designing a new product, and while that’s part of the solution, it’s worth noting that getting the tech to make an idea happen is hugely complex as well. It’s the metaphorical picture of an elegant Swan moving across the water, but beneath is some pretty intensive paddling to make it work.” 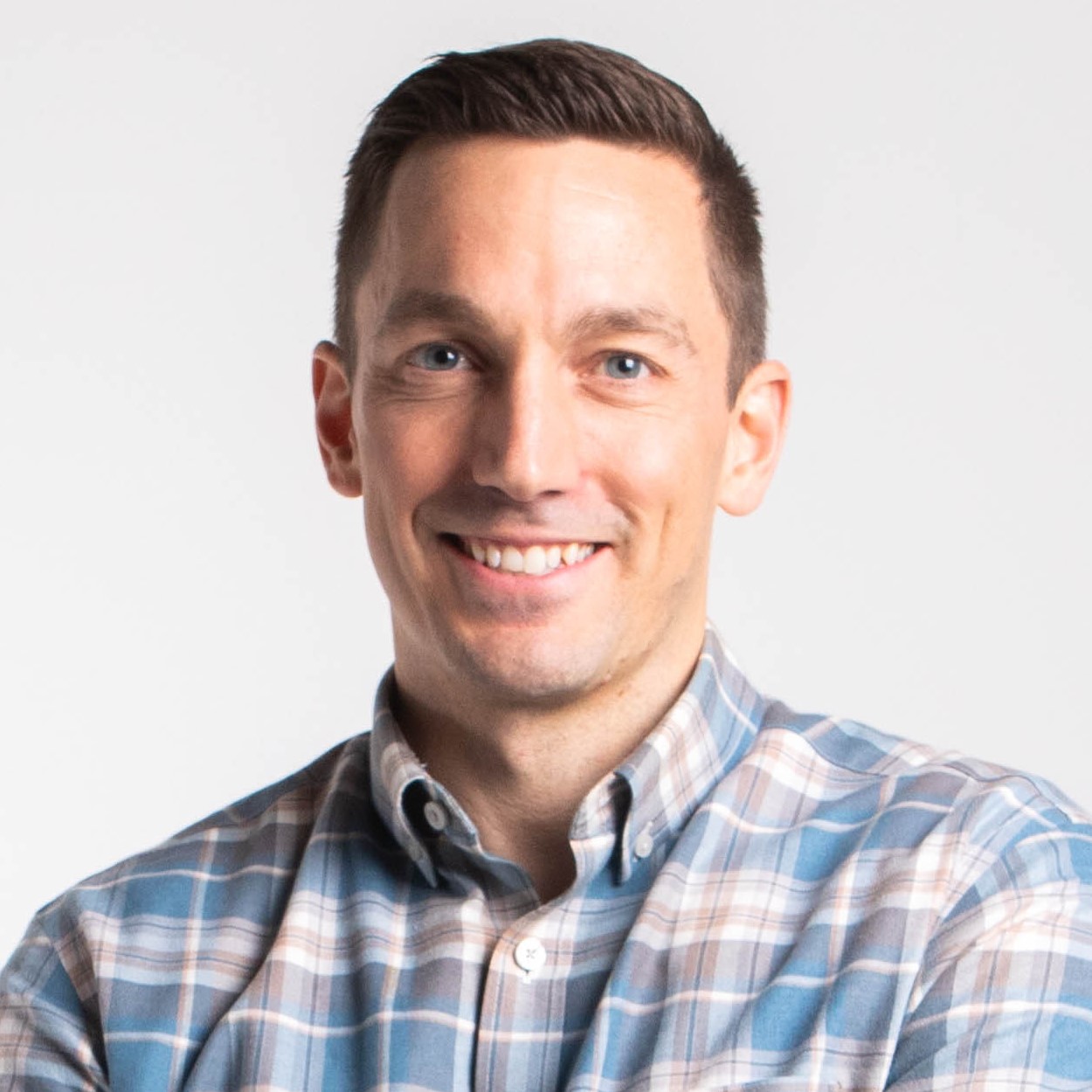 Dustin Boutet, director of innovation consulting at EPAM Continuum, the company’s consulting arm, added: “I think that some of these IoT applications come to life when you consider the car’s delivery mechanism. The ability for a vehicle to automatically detect a parking space, park in it and pay for it is a great theory but until you can deliver that with a good experience from within a car it’s not viable. Thinking of cars as platforms helps us start to do that.”

With a background in brand strategy and interaction design, Boutet began working for Colangelo Synergy Marketing as art director in 2007 where he was responsible for creating original branding and packaging from concept to production. In 2011, he became the senior designer at Continuum, a role where he enjoyed up-front experience design, deep research, and identifying new opportunities and new potential streams of revenue for companies.

Boutet predicted that further work on connectivity - especially when the next generation of mobile networks (5G) become more widespread - is going to increase the available services, including some we may not have dreamed up yet.
He continued: “I think we may be bumping up against some limitations of the networks pretty soon. I was reading some interesting stats that these connected cars may be able to generate as much as 25GB of data every hour, and moving it straight to the cloud. But once we start developing autonomous cars (level three and above), we’re instead looking at 5TB of data every hour so we’re really going to have to re-think how we apply the data, who’s paying for it, and who it’s valuable to – is it the consumer that needs that data for some of the services they’re using (streaming, navigation, weather, live traffic etc.), or is it the business trying to capture some of that data for things like dynamic insurance prices or pay-per-mile usage etc?”

In terms of the collection of data, we may see drivers begin to build a greater understanding of what data is being collected and for what purpose. A possible scenario is that drivers could customise the level of data being harvested from their vehicle, giving fully informed consent.

Formed back in 1993, EPAM Systems is a global products development, digital platform engineering and digital and product design agency operating in over 30 countries worldwide across North America, Europe, Asia and Australia.

Employing more than 36,000 people across the globe at the end of 2019 consisting of software engineers, designers and consultants, the company works across a variety of industries, including financial services with well-established financial institutions, as well as startup fintechs offering its range of innovative strategy, consulting and design services.

EPAM Continuum has a history of working in the automotive industry. Boutet added that the company had worked with many European manufacturers to build a greater understanding of driver behaviour and identify new opportunities for product development. Currently, the company has been working on everything from car-sharing services for Audi in San Francisco to setting up a whole new car-sharing service in China for UCar. 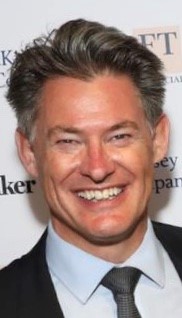 With 14 years of experience in management consulting and change management in various senior positions across Europe, Brown has worked in the payments and cards sector with companies such as American Express, Visa International, and Mastercard Advisors. Back in 1997, he began a role as vice-president of American Express where he was responsible for growing and managing the Corporate Purchasing Card team from $200 million to $1 billion in four years in the UK market.

In January 2008, he accepted the position of head of commercial cards and payments for Europe at MasterCard Advisors, where he offered financial services consulting to a variety of banks across Europe over the four years before starting at Capgemini.

In this role, he supported the company’s banking practice to HSBC for Europe, the Middle East and Africa and Asia-Pacific.

In December 2015, he became the global head of payments at EPAM Systems, where he currently enables Fintech disruption to the payments ecosystem, articulating innovative solutions in financial services.

How connectivity and technology will impact car sales

Boutet pointed out that electric vehicles could potentially last much longer than traditional vehicles due to the greatly reduced number of moving parts. “We’re seeing better than anticipated performance with lower degradation over time.”

Highlighting the potential benefits of collaboration between the fields of electrification and connectivity, this boost to the longevity of vehicles would mean that the driving experience would have to evolve over time, with manufacturers exploring how to make older vehicles feel like driving a new vehicle.

“I think there will be this idea where cars and the experiences become a little bit more evergreen,” he said. “With the advent of over-the-air updates and these new software packages being pushed to the cars, it’s almost as if you’re getting an upgraded car every time you get a software update.

“I think there is some really interesting things happening with battery capacity, new services that are being rolled out and I think that’s going to be a source of revenue for some of these companies. You look at what Tesla is charging for their autonomous capability that’s not even fully rolled out and it’s a fairly big price tag and companies are increasingly going to be looking to derive some revenue from that particular aspect.”

The rise of mobility services and subscriptions

“I think that with the access to all the data coming off of these cars, you’re going to be able to have a much more intelligent pricing strategy. Looking at these subscription models, they’re all selling insurance, maintenance and mileage as one package and right now it’s a difficult thing to price but as we move forward and they begin to harvest more data they can understand how people are driving these subscription vehicles and what they need to charge to break even, and potentially adjust that dynamically to suit user behaviour.

“It's something we’ve already seen consumers start to adopt in the insurance industry; you have these dongles you can plug in to track your driving and potentially adjust your insurance premiums on the fly. People seem to be comfortable with that level of privacy trade-off as long as you can demonstrate a clear benefit to them.”

There’s been an idea floating around the industry for some time now called the ‘Zero Dollar Car’, whereby an individual may not have to pay the manufacturer for the vehicle at all.

Instead, vehicle costs will be paid for in return for data on how owners are driving, what music they’re listening to, what the road conditions are like etc., which automakers can then sell.

However, Boutet said: “I think this idea that you’re trading your privacy for something of value is an intriguing one, but we might be seeing the pendulum swing in the other direction where consumers are looking for a little bit more privacy. In some cases, they’re willing to pay for that, but in other cases they’re willing to trade that information and I think we’re going to have to come to grips with who owns that data and what the consumer is willing to trade right now.”

The original article can be found here.

Innovation to Address Pain Management: How AR/VR Can Help