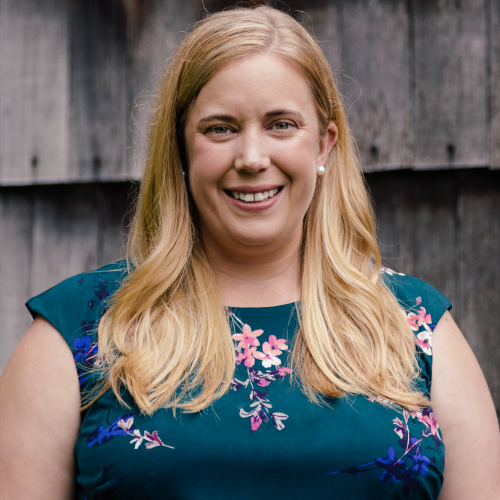 Kelly Brennan, a Solution Architect at EPAM, has a passion for technology and helping those in her community to reach their full potential. Since 2016, she has held the Sitecore Commerce MVP title, an accolade that is earned by sharing product expertise and mastery of the platform with partners and customers. “Being a Sitecore MVP means contributing, sharing knowledge and building Sitecore as something more than just a software platform,” says Kelly Brennan. Read how Kelly’s passion, drive and talent helped her to achieve this recognition and made a difference in her career.

Tell us about your career at EPAM. I’ve been with EPAM for almost three years now, currently based in New Jersey. I work from my home office most of the time, and sometimes go onsite to work directly with clients. I’m a Solution Architect primarily using Sitecore. I feel like the role of a Solution Architect, especially within the Sitecore competency, is very diverse and gives you exposure to a lot of different things. As a Solution Architect, I design systems that use Sitecore and help set up the foundations of the Sitecore platform. Also, I’m engaged in designing the architecture, as well as in the DevOps setup and configuration. I’ve done a lot of DevOps and worked with people outside of the Sitecore Competency Center who work exclusively with DevOps and security. Solution Architects do a little bit of everything and are exposed to plenty of things beyond Sitecore. The goal is to touch and try many different areas, learn from the best people in EPAM, and then bring that knowledge back into the projects that you work on.

One of the pieces that I like most about my job is the interaction with clients and the team. When I started at EPAM and got on my first major project, I frequently worked onsite with a client located near me in New Jersey. We had a great team with people local to my area in addition to the team based in Vinnitsya, Ukraine.

Why Sitecore? How did you get into it and what fascinates you about the technology?
I'm originally from Australia and I started my career there. At first, I did HTML and CSS, later shifted to .NET developing custom applications at a small web development company, and then moved onto working for an organization that did online video streaming in the Asia Pacific region.

Later, I took a job at a digital agency. During the interview, the employer asked me whether I had experience with Sitecore in my previous role – I hadn’t. Still, I got the job and that was my introduction to the Sitecore space. I wasn't Sitecore certified, and had no one in the office to get me into it – so I just started to explore on my own and stuck with it ever since.

Sitecore is an extremely cool platform. It’s .NET and C#, which means that you can take ‘regular’ skills and apply them to the constantly evolving, modern platform. Also, the introduction of Sitecore JSS has brought a whole new skill set into play and made Sitecore even more interesting to work with. A few years ago, I moved to the US and I’ve been with EPAM for almost three years now to continue my Sitecore journey.

Can you walk us through the journey that led you to the Sitecore MVP title?
I’m a Sitecore Commerce MVP and have been an MVP every year since 2016, when I was awarded for the first time.

In one of my jobs, I had a project with Sitecore Commerce, and since we were one of the first to use it, we did a lot of contributing to bugs and spent time figuring out how to integrate the platform. That’s how I started to move into Sitecore Commerce and have been working with it ever since – either on client projects, creating open source modules or reviewing internal projects. One of our great internal (and open source projects) is the EPAM Headless Commerce Accelerator.

As for becoming an MVP, at that time in Australia, we didn't have many Most Valuable Professionals. I didn't have as much exposure to the community as I do now, and the Sitecore community was much smaller back then. I was working with a person who was an ex-Sitecore employee and closely collaborating with people from the Sitecore team on my projects – they encouraged me to apply.

Back then, all you needed was a recommendation from a Sitecore employee. Besides, I had been blogging a lot, as well as logging bugs and tickets, which also contributes to becoming an MVP. My Sitecore MVP story was about the encouragement I got from my coworkers and the team at Sitecore that I worked with.

The Sitecore MVP is an outstanding title, indeed. What does this award mean to you?
Throughout the years that I have retained the MVP status, my biggest source of enjoyment has always been the community, especially the community of women that I’ve met.

For me, the MVP title is associated with your community contributions and how you nurture the community. We don’t work for Sitecore and aren’t a part of their development team, but the information, tools and learnings we get while dealing with our clients or for ourselves all help Sitecore become a better product. Being a Sitecore MVP means sharing, being open and building Sitecore as something more than just a software platform.

What advice, tips or tricks would you give for those who want to become an MVP someday?
The answer is simple – you should get involved. Reach out to the existing MVP groups – at EPAM we now have 13 Sitecore MVPs that are ready to help and get you started on the process.

It takes a step to start – whether it’s setting up a blog or anything else. Your contribution doesn't have to include huge blog posts. Sharing your day-to-day tips and ideas or contributing to open source is also very helpful.

Sharing your work with the community can be more rewarding than people probably think. If you want to become a Sitecore MVP, feel free to contact me or other people in the group, simply saying: “Hey, I want to be a Sitecore MVP. This is what I’ve done already, and this is what I’m thinking of doing.”

What helps you learn and stay in the loop on everything happening in Sitecore?
First, I try to attend Sitecore User Group sessions. Usually, it’s Philly Sitecore User Group, which is run by two EPAM employees – Joe Bissol and Zach Kniebel. Due to the current pandemic, most user groups are currently held as virtual events, making them much more accessible to more people. There are also some great Sitecore conferences, including SUGCON (The Sitecore User Group Conference) in both Europe and India, and Sitecore Symposium, which was virtual in 2020.

At EPAM, we have Sitecore Competency Center webinars that are a great source of valuable information and insights. Additionally, there are several R&D and open source projects in Sitecore that you could engage with.

The other important thing that I do is simply exploring and trying things out. In my projects, I play around with different tools, and the worst thing I can do is break it. If something doesn't work out, then it doesn't work out – but at least you’ve tried to implement your idea. The key point is to explore. That’s my way of Sitecoring, doing Sitecore.

Kelly, what’s coming next for you? What are your plans, goals, and aspirations?
That’s a hard question, indeed (smiling). I think it's just to keep growing. Sitecore is constantly changing as a platform, and I want to expand my knowledge in all new areas that emerge.

So far, I’ve stuck with the back-end development Sitecore Experience Commerce – but I believe there will be more projects related to the concept of full-stack Sitecore, so I’d like to get more involved in front-end as well. And, of course, Headless is something I’d like to learn more about and work with more often. All in all, continuous learning and growing will be my personal goal for the next couple of years.